The Kwara State Governor, Mallam AbdulRahman AbdulRazaq has reiterated his commitment towards improving the standard living of the people. He also vowed to make the state in Southwest Nigeria, the leading state amongst its counterparts in the federation. Governor AbdulRazaq made the pledge in Ilorin while giving his acceptance speech for the Human Capital Development […] The post Governor vows to make Kwara best State in Nigeria appeared first on Voice of Nigeria. 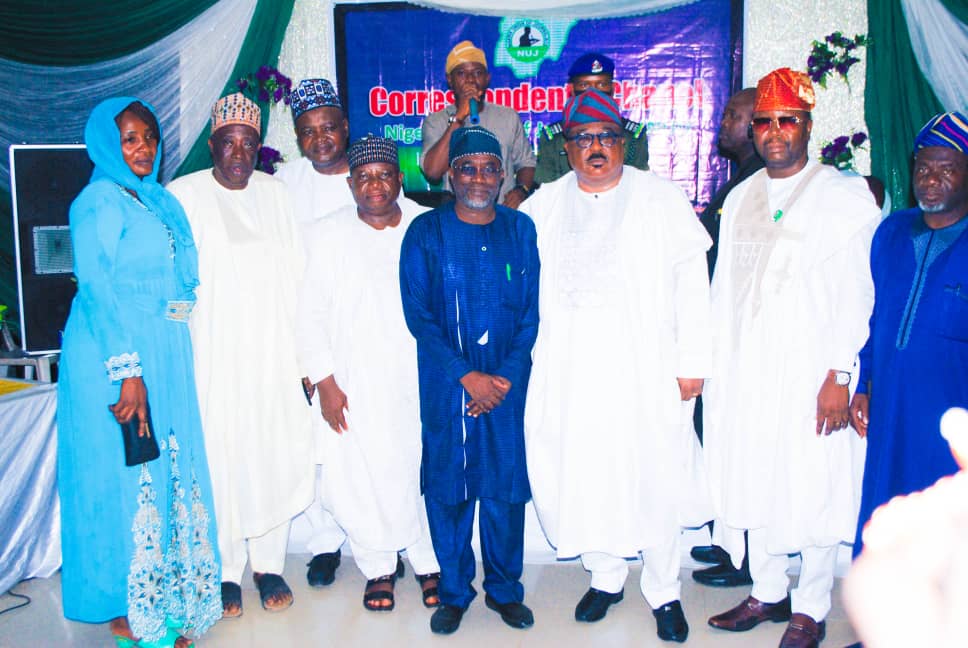 The Kwara State Governor, Mallam AbdulRahman AbdulRazaq has reiterated his commitment towards improving the standard living of the people.

He also vowed to make the state in Southwest Nigeria, the leading state amongst its counterparts in the federation.

Governor AbdulRazaq made the pledge in Ilorin while giving his acceptance speech for the Human Capital Development Advocate Award presented to him by the Correspondents’ Chapel of the Nigerian Union of Journalists (NUJ), Kwara Council. 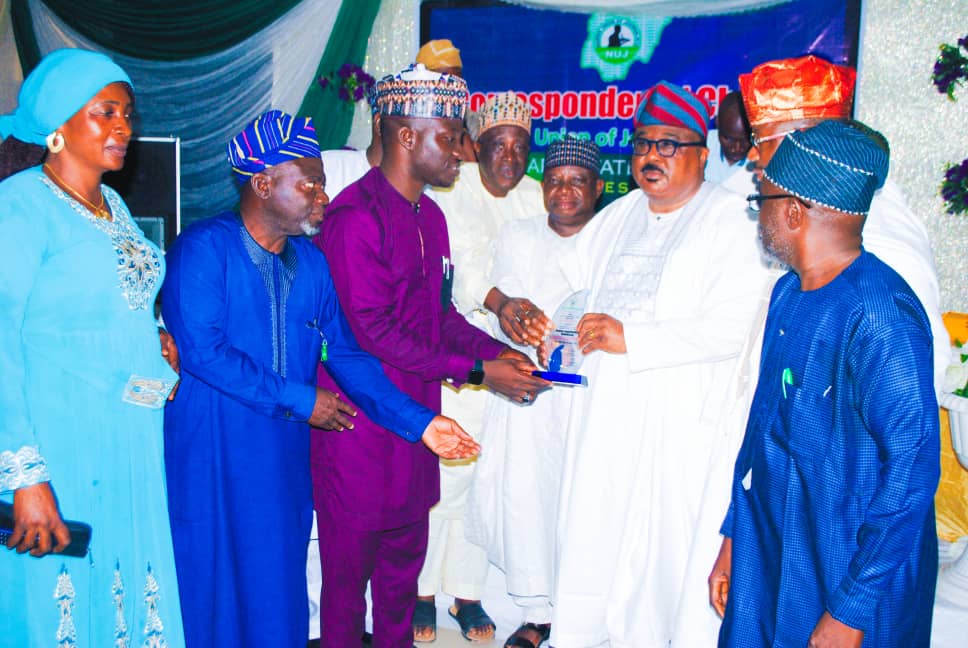 He assured the Chapel that his administration would “make Kwara the number one success story in Nigeria in access to quality public education and impressive learning outcome, potable water, affordable and qualitative basic healthcare services.

“Reduced poverty rate, infrastructure development, and everything that boosts inclusive growth, among other key indicators of human capital development which will improve the living standards of our people.”

Governor AbdulRazaq described the award as a challenge for his administration to continue to deliver on making the lives of the people of the state worth living.

He said; “This award is a challenge for our administration to continue to prioritise and deliver on the most basic needs of our people and make life worth living for all of them irrespective of where they are in every corner of the state.”

The Governor, however, sought for continuous support of all the stakeholders in the state including the media, in the administration strive to deliver the dividend of democracy to the populace.

He said,“We cannot do this alone; hence, we call for continuous support of all the stakeholders, including the media, as we commit more resources and energy to the delivery of dividends of democracy.”

The Chairman of the Correspondent’s chapel, Mallam AbdulHakem Garba commended the Governor for his exceptional gesture towards encouraging the media, especially improvement of the state owned media houses.

AbdulHakeem also praised the Governor AbdulRazaq for being exceptional in the encouragement of the media.

He said; “As reporters, we were happy with the news of the landmark reforms, rejuvenation and motivation given to state owned media houses in Kwara.

“We were excited at the prospect of a new radio station to serve the far flung Kwaran’s who, as a result of years of neglect made radio waves from the neighbouring Benin Republic their choice stations and means of news gathering. To this effort of yours, we say kudos.” 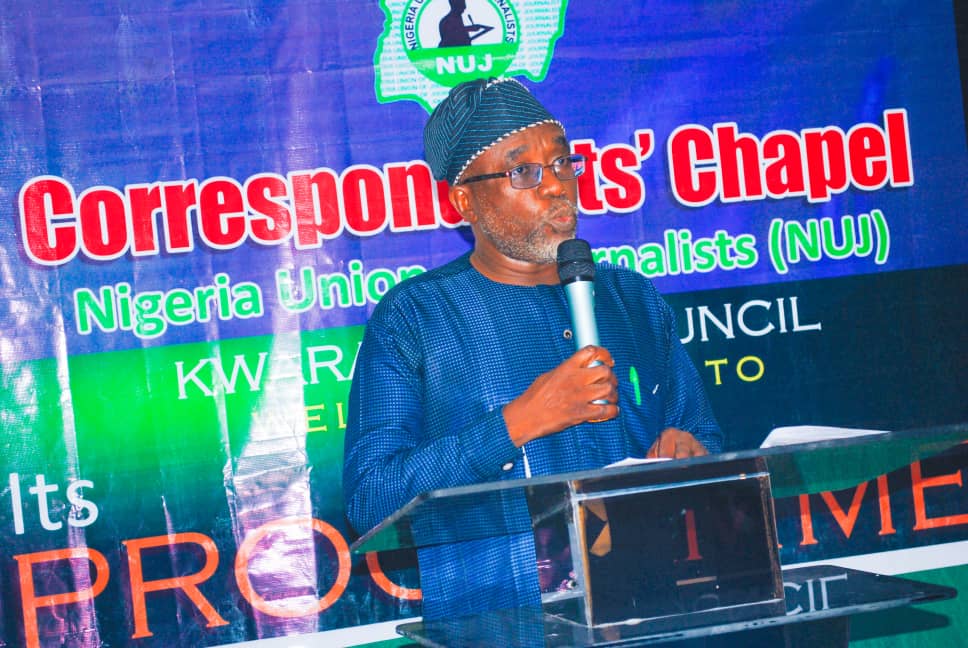 AbdulHakeem said that “the rationale behind the award is to pass feedback to the larger society and make the authorities accountable and also to acknowledge Public officers who have been outstanding in their performance.

“All these are means to pass feedback to the larger society on the deep reflections we do in our jobs of informing the public and making authorities accountable.

“We took diligent notes of Public officers who have been outstanding in their performance of duty for which they were either appointed or elected.”

He lamented the challenges the media industry is enduring and how it is affecting the practice of journalism.

Abdul Hakeem said; “The media industry is the most distressed in the country. Our members are subjected to irregular salaries, no allowances, despite the many hazards that attend our jobs.”

According to him, Journalists are often, harassed by security agencies and there are no insurance policies available for them. 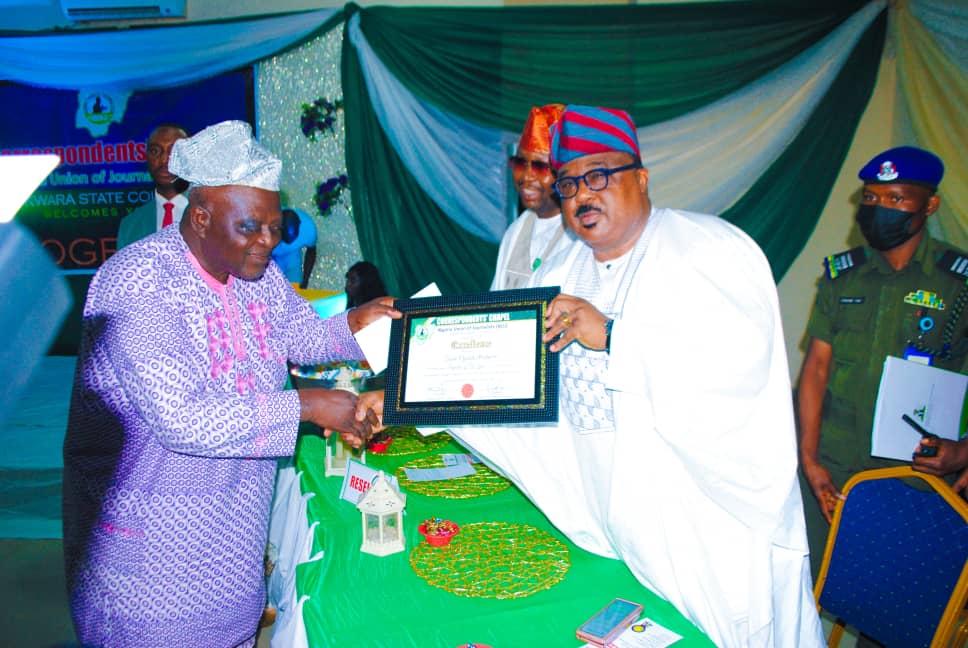 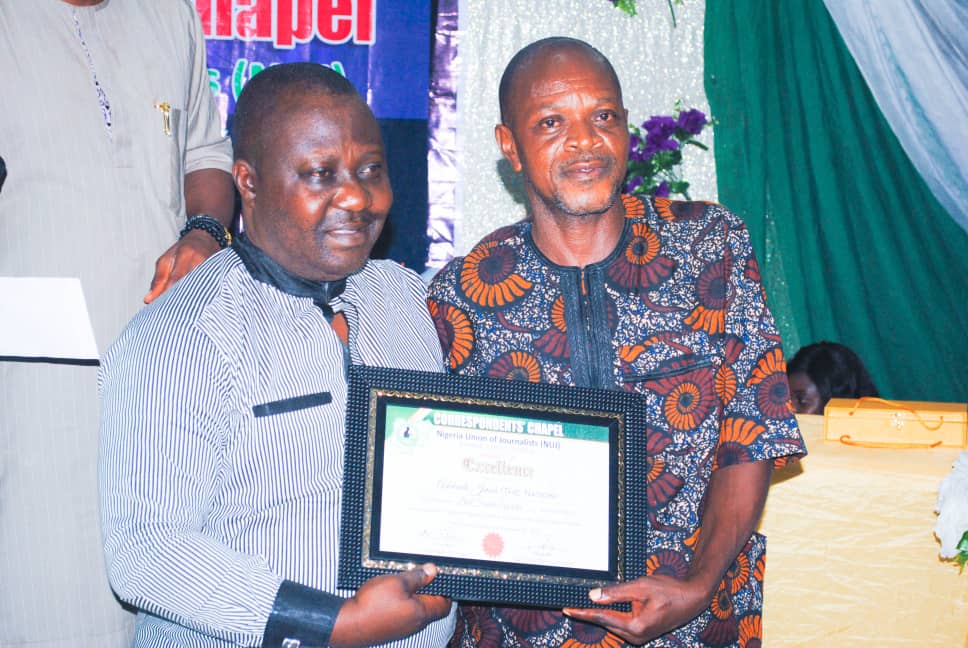 The event witnessed the presentation of awards to some Journalists in the chapel who distinguished themselves in their chosen careers while The Punch Newspapers correspondent in the state, Tunde Oyekola won the reporter of the year award.

The Nigerian Police has warned married men and women who are guilty of committing...

A wedding ceremony has been crashed after a lady reportedly dropped the child she...