The Anambra State Governor, Chukwuma Soludo has tasked the International community, particularly the United Nations, UN system on active participatory roles to assist the State and Nigeria. Governor Soludo made the appeal when the UN’s delegation led by the Resident and Humanitarian Coordinator in Nigeria, Mr Marthias Schmale, paid him a courtesy visit. According to […] The post Anambra State Governor seeks UN assistance appeared first on Voice of Nigeria. 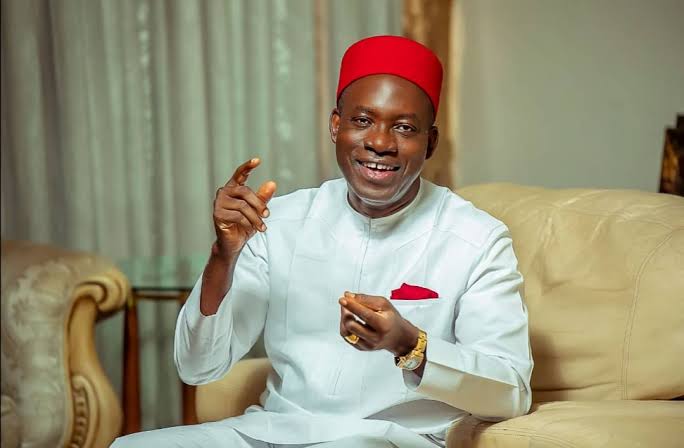 Governor Soludo made the appeal when the UN’s delegation led by the Resident and Humanitarian Coordinator in Nigeria, Mr Marthias Schmale, paid him a courtesy visit.

According to the Governor, the visit is significant in the history of the state, saying for many years, the UN was without an office in the Southeast, until his administration came on board.

On his agenda in key areas such as security, economy, human capital and governance, Soludo emphasised that his government wants to go globally in transforming Anambra State into a liveable and prosperous homeland.

The Governor announced that his administration would soon inaugurate the Anambra Education Council, to further engender qualitative and accessible education as well as establishing the Strategy Execution and Evaluation, ‘SEE’ Office.

In his response, Mr. Schmale said their visit was to familiarise with the Southeast and erase the perception that they were only interested in the North East.

He emphasised that though they may not be able to make input in terms of financial assistance, but could render technical assistance.

Me.Schmale explained that “one of their targets is to identify where things are working, learn on it and make sure other countries capitalise on it.”

The new amapiano song “Like Dat” was produced by NiphkeysOBTAIN AUDIO

Man Rewards His Partner With Dollars For Not Checking His...

A Nigerian man has been seen in a viral clip rewarding his woman with cash gift...