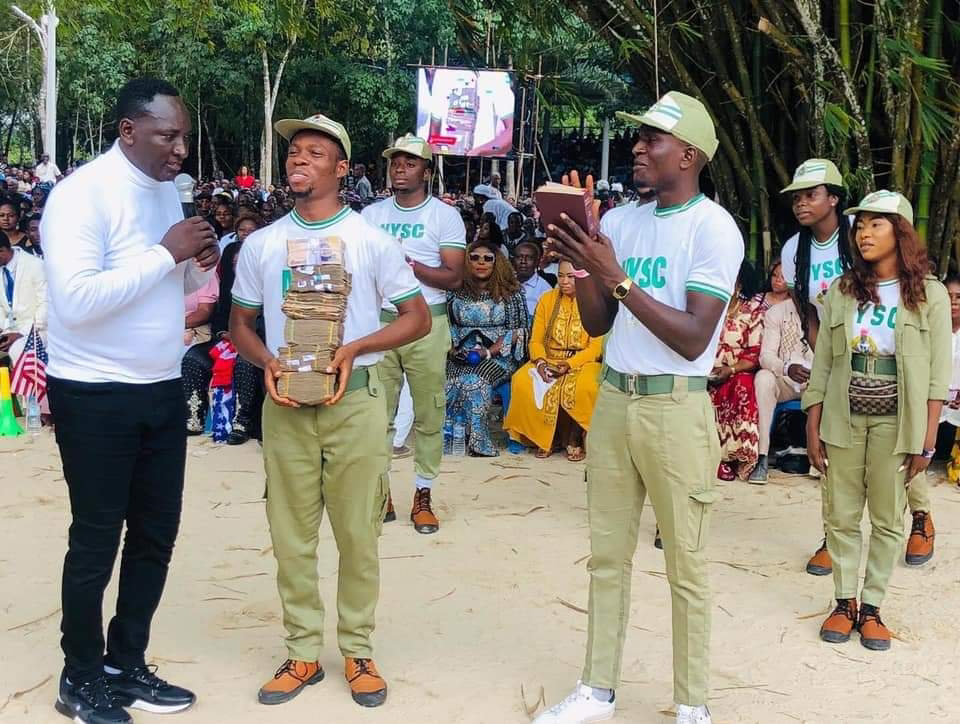 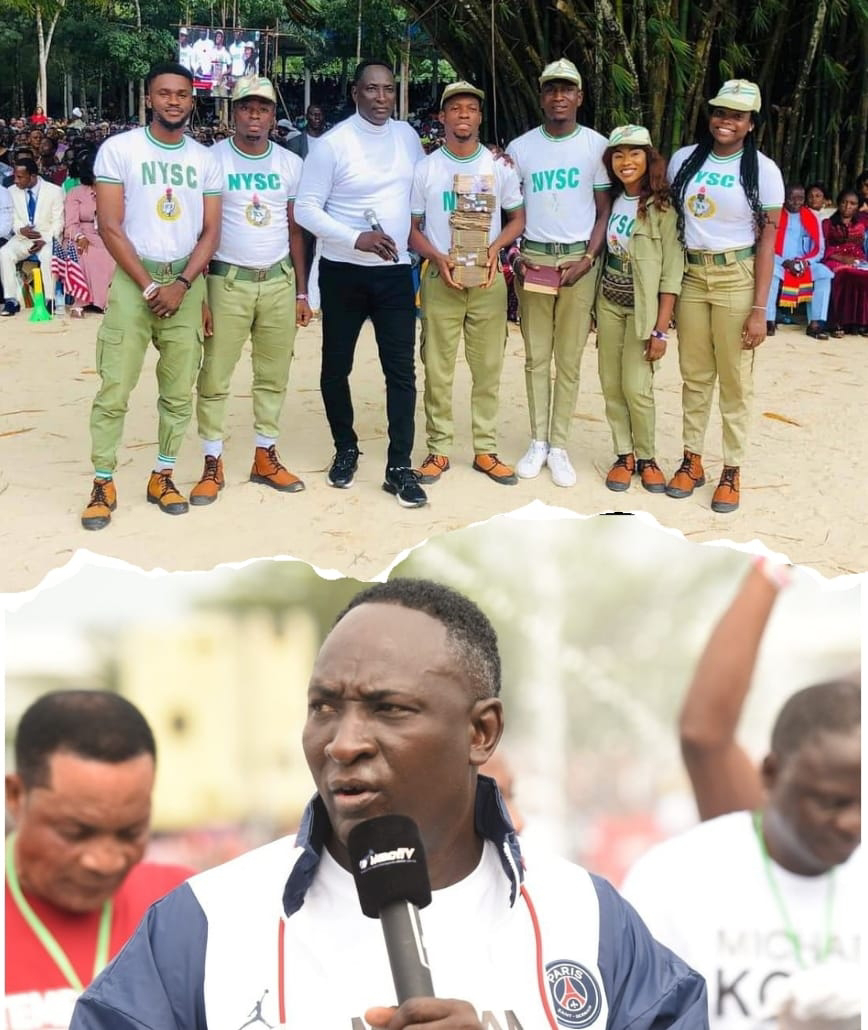 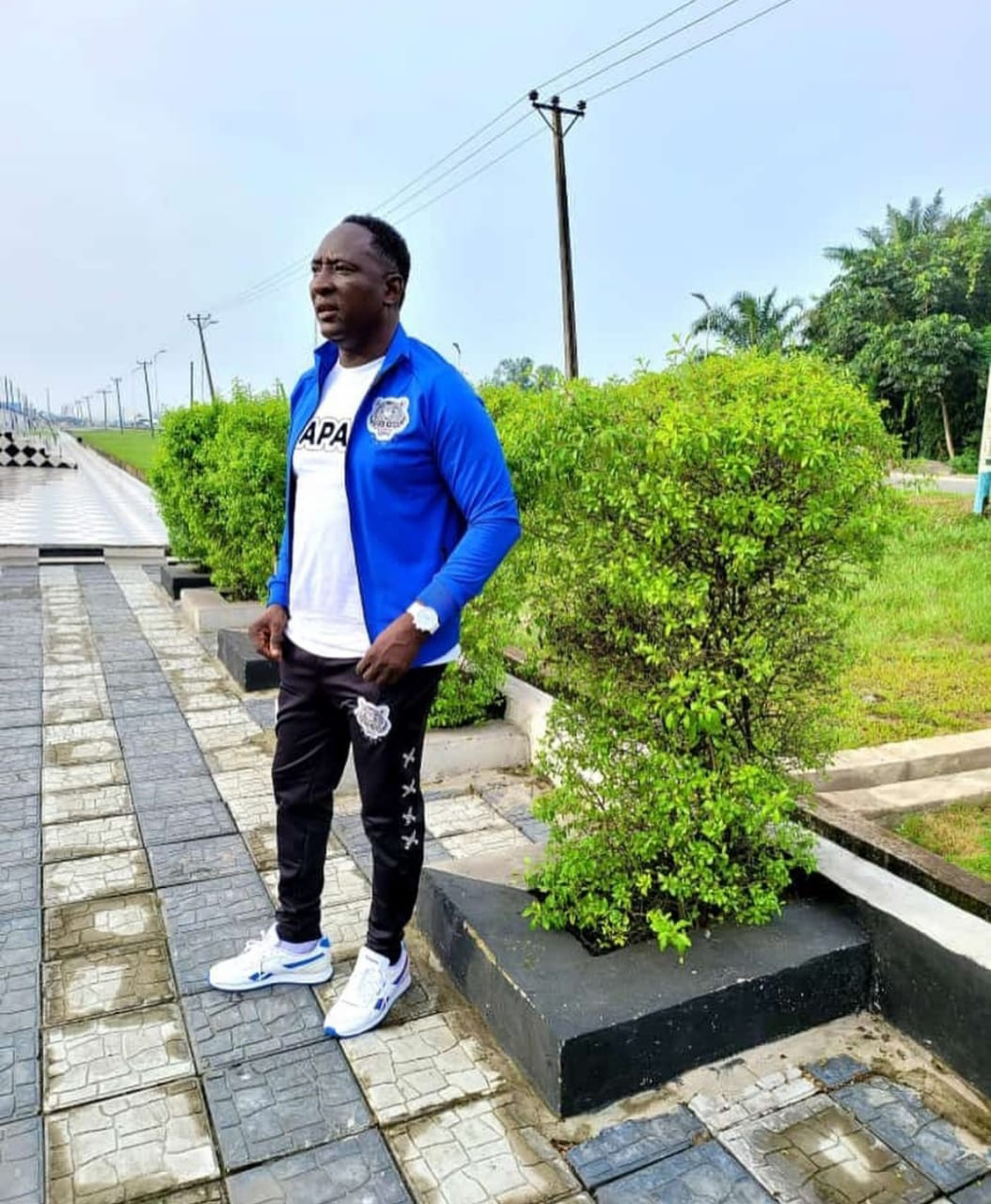 As youths across the country protested yesterday to mark the memorial of “EndSars, Warri based billionaire prophet Jeremiah Fufeyin was busy impacting lives of members of the Nigerian National Youth Corps (NYSC) to show how young Nigerian can be encouraged and supported to thrive.

The NYSC members, who had served with Mercy TV, a station owned by Christ MercyLand Deliverance Ministries (CMDM), founded by Senior Prophet Fufeyin were astonished at a whooping 2.6million gift from the clergyman.

While youths protest against the wickedness and inhumane activities of the Nigerian political ruling class, the global prophet from the Niger Delta region noted that only a show of love can address the demands of young Nigerians.F

Fufeyin while sending forth the youth corpers described himself as a father, who understands the plight of his children.

According to him, people who have been diligent deserve to be appreciated and supported, stressing that such gesture would encourage hard work and productivity among young Nigerians.

Calling the NYSC members out before his teeming church, Fufeyin stated that while giving is critical, openly recognizing hard work remained necessary to encourage others.

They noted that the man of God provided them with free accommodation, constant electricity as well as feeding allowance all through their stay in Mercy City.
The corps members, who awarded the man of God with a ‘National Philanthropist Award’ stated that Fufeyin deserved national honour for the many impacts he has been making in the country.

If You’re Rich, Help The Sick and Needy” -Billionaire Prophet Jeremiah Omoto Fufeyin says as he dished out over 6Million Naira to assist Ailing...

Actor Odunlade Adekola set to be crowned as king of Otun Ekiti, his home town in Ekiti State

Naijavoice is your news, entertainment, music fashion website. We provide you with the latest breaking news and videos straight from the entertainment industry.

Voice of Nigeria – powered by FeedBurner