illions of women in the US lost the constitutional right to abortion in June, after the Supreme Court overturned its 50-year-old Roe v Wade decision. The judgement has paved the way for individual states to ban the procedure. They have become local battlegrounds in the fight to overturn or uphold abortion services. At the same […] The post appeared first on Voice of Nigeria. 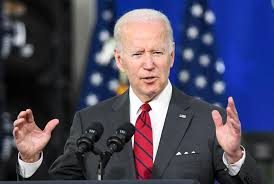 illions of women in the US lost the constitutional right to abortion in June, after the Supreme Court overturned its 50-year-old Roe v Wade decision.

The judgement has paved the way for individual states to ban the procedure.

They have become local battlegrounds in the fight to overturn or uphold abortion services.

At the same time, Google says it is taking steps to remove data from users’ location histories that could be used to prosecute people for visits to US abortion clinics.

Women in states where abortion is banned or restricted may be forced to cross state lines to parts of the country where the procedure remains legal.

Speaking at a virtual meeting with Democratic state governors, Mr. Biden said he believed some US states would attempt to arrest women who crossed state lines for abortion access.

The president added that the government would ensure access to pills that caused abortion in states where it was prohibited.

But a federal government intervention may lead to more legal challenges that may go all the way to the Supreme Court, Dr. Matthew Wilson, a political science expert at Southern Methodist University, told the BBC, particularly if states believe that the federal government “is actively working to subvert and undermine state laws.”

The overturning of Roe v Wade has sent shockwaves throughout the US.

It was the Supreme Court ruling that ensured that pregnant women were entitled to an abortion during the first three months of their pregnancy, while allowing for legal restrictions and bans in the second and third trimester.

Mr. Biden said only Democratic victories in the mid-term elections would give Congress the power to restore federal abortion rights – this will go one way or another after November, he said.

The BBC’s Peter Bowes in Los Angeles says there are now fears that in states limiting abortion, police could try to access search histories and geolocation data on smartphones owned by people who are pursuing plans to terminate a pregnancy.

With this in mind, Google says that in the coming weeks, it will start deleting information when its systems identify a trip to an abortion clinic, counselling centre, domestic violence shelter or other facilities that provide “particularly personal” services.

Entries in a user’s location history will be removed soon after a visit to a sensitive location.

Wife Pays Assassin N70,00 To Kill Her Husband In Yola

The afrobeats song, “Many Ways” is track 3 on the soon-to-be-released project and...

MultiChoice, the organizers of the BBNaija Show have once again teased the return...